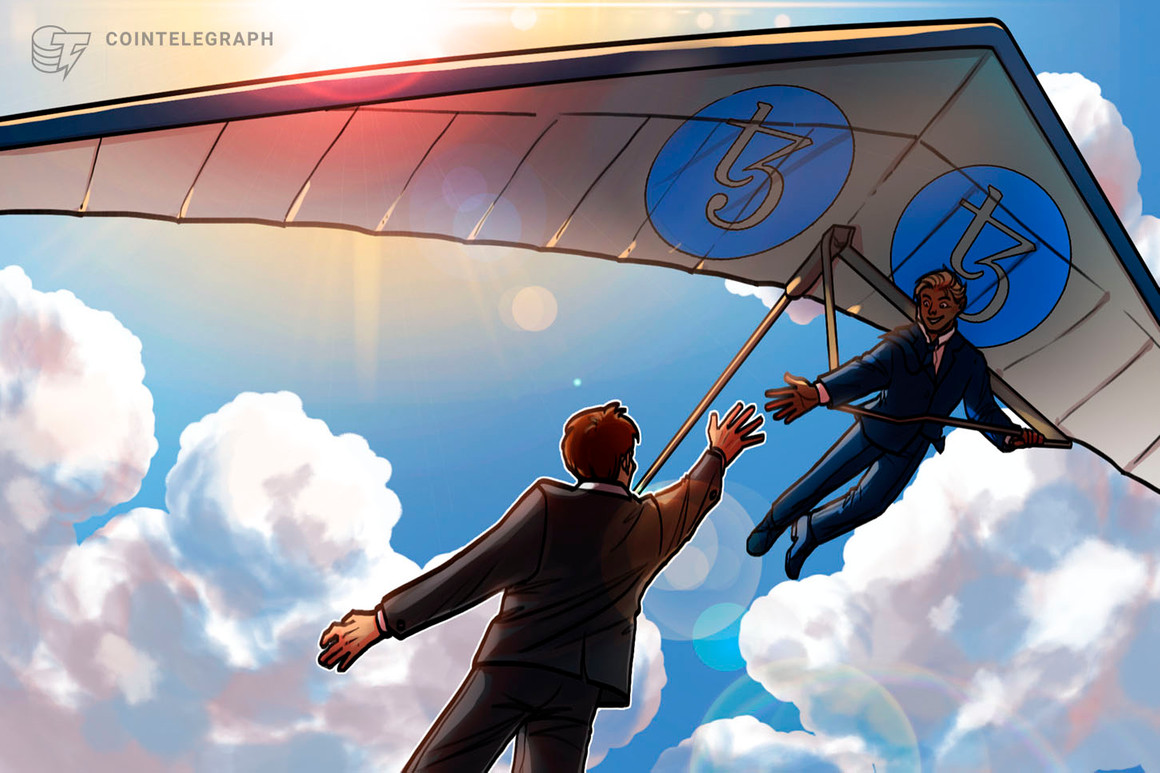 A recent price boom in the Tezos (XTZ) market risks exhaustion as it triggers a classic bearish pattern.

Dubbed as the “ascending broadening wedge,” the pattern develops when the price oscillates between two upward but diverging trendlines. According to its creator Thomas Bulkowski, these wedges tell less about buying exhaustion and more about sellers’ ambition to take control, i.e., buyers tend to lose dominance every time the price touches the upper trendline.

XTZ’s 250%-plus price rally from its July 2021 low of $2.08 has led to the ascending broadening wedge’s formation. On Monday, the cryptocurrency tested the structure’s upper trendline as resistance (around $7.5) to eye an extended upside move towards its previous record high of $8.76.

But the price corrected, confirming strong selling sentiment near the wedge resistance. It now risks enlarging its correction towards the lower wedge trendline (near $5), based on similar pullback moves spotted since July 2021.

As a general rule with ascending broadening wedge patterns, the price should eventually break below the structure’s lower trendline and target the lowest point, i.e., around $2.38 in Tezos’s case.

Central charts note that almost 80% of ascending broadening wedge exits are bearish. Meanwhile, the price falls towards the bearish target six out of ten times.

Despite grappling with an eerie technical setup, Cardano (ADA) expects to retain its bullish bias based on Cardano’s proof-of-stake blockchain adoption.

Recently, American songwriter, rapper, and singer Doja Cat launched her nonfungible token (NFT) collection on OneOf, a digital art collectible marketplace running atop the Tezos blockchain. Her announcement coincided with a 42.65% upside move for ADA/USD during the September 9 and 10 trading session.

NFTs have emerged as one of this year’s most trafficked trades, with OneOf’s top rival OpenSea reporting about $3.4 billion worth of volume in August.

Meanwhile, Ethereum hosts most NFT projects, but high transaction costs have become a point of concern. As a result, many new NFT projects have been choosing Ethereum’s cheaper alternatives.

For example, Solana’s native asset SOL surged up to 825% from its July 20 low, primarily because of the success of Degenerate Ape Academy, an NFT project, followed by Sam Bankman-Fried’s crypto exchange FTX’s decision to integrate Solana on their NFT platform.

A similar craze assisted in pushing the demand for XTZ tokens higher in the past seven days.

.@DojaCat has done more for #Tezos than almost anyone this year.

Last month, Tezos also received a boost from Europe-based banks Crypto Finance Group, InCore Bank, and Inacta. The firms announced that they would use the Tezos’ DAR-1 token standard to issue their native tokens.

Additionally, InCore revealed its plans to launch of institutional-grade storage, staking, and trading services XTZ, raising prospects that wealthy investors would want to invest in the Tezos token in the near future.