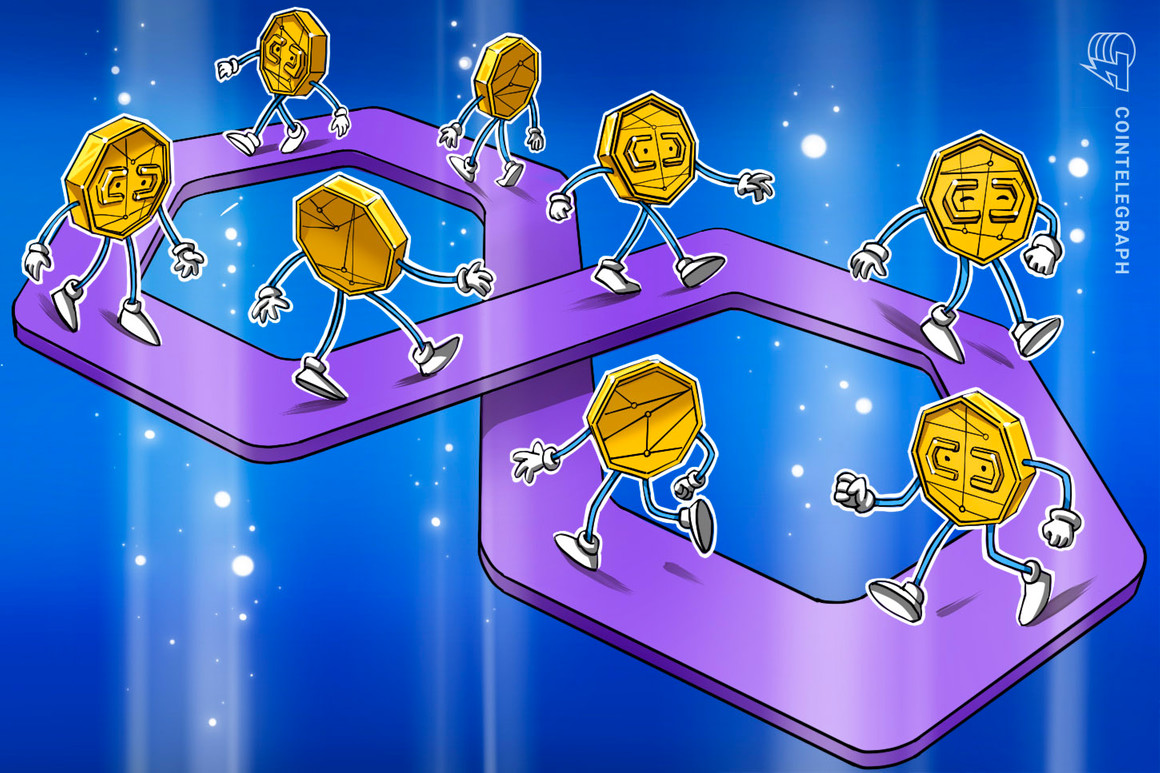 Polygon (MATIC) took a break from its prevailing bearish course, posting one of the sharpest rebounds in the crypto market this week.

Notably, MATIC’s price has risen to $0.50 this June 23, four days after hitting $0.317, its lowest level since April 2021. This amounts to roughly a 60% gain, surpassing the performances of even Bitcoin (BTC) and Ether (ETH) in the same timeframe.

Nevertheless, MATIC is still down significantly from its December 2021 high of $2.92, coinciding with the overall crypto bear market and a hawkish Fed putting pressure on risk-on assets.

MATIC “in a pretty big accumulation”

Meanwhile, some of its richest investors have been accumulating MATIC tokens despite the general downtrend, on-chain data suggests.

Notably, the so-called MATIC sharks and whales have been in accumulation, according to data provided by Santiment. That includes the tiers of Polygon token holders ranging from 10,000 to 10 million coins, which have “collectively added 8.7% more to their bags” since May 9.

$MATIC sharks and whales have been in a pretty big accumulation trend for about six weeks. The tiers of holders ranging from 10k to 10m coins held have collectively added 8.7% more to their bags in this timespan. https://t.co/oasCn72rxt pic.twitter.com/lm4au2fWkn

Interestingly, MATIC’s price has fallen by 50% in the same period, underscoring that many whales are confident about its long-term recovery.

From a technical point of view, MATIC/USD appears to be heading toward a new multi-week high.

In detail, the Polygon token has been breaking out of its “inverse head and shoulders,” or IH&S pattern, since June 22. IH&S is a bullish reversal setup that forms after the price forms three troughs in a row while hanging upside down by a common support line called the “neckline.”

Also, an IH&S’s middle trough (the head) is deeper than the other two, called right and left shoulders, respectively. Ultimately, the setup resolves after the price breaks above the neckline, and, as a rule of technical analysis, rises by as much as the distance between the head and the neckline.

Whale buying is not necessarily a bullish signal, and the IH&S pattern has a failure rate of 16.5%. So, a further price rally could also prompt whales to flip MATIC for a quick profit, given the tight conditions elsewhere in the cryptocurrency and traditional markets that could result in false recovery signals.

Additionally, the MATIC balance across all the crypto exchanges has jumped from 1.21 billion to 1.37 billion between May 1 and June 23, according to data from CryptoQuant, indicating additional potential sell-pressure in the near term.

Build Community from The Bottom up : altcoin