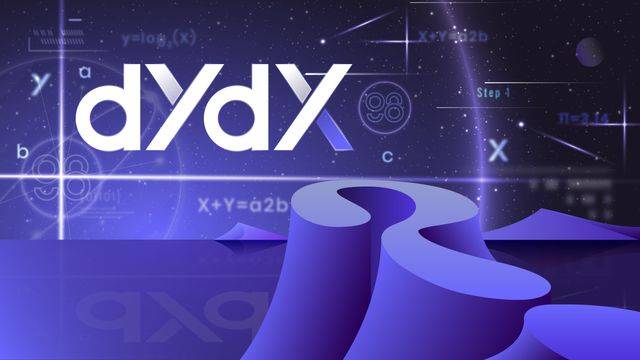 dYdX, a decentralized derivatives exchange, has reported a rise in trading volumes amidst the FUD caused by China’s crackdown on cryptocurrencies. For the first time, the decentralized exchange has surpassed Coinbase’s spot markets volumes.

Data from Coingecko shows that dYdX derivatives trading volumes in the past 24 hours have reached $5.9 billion, which is significantly higher compared to Coinbase’s spot market trading volumes that stand at around $3.4 billion.

The growth of these trading volumes is a milestone that has been celebrated by the founder of dYdX, Antonio Juliano, who was a former Coinbase employee.

In April, trading volumes at dYdX were around $22 million, which shows that the current figure is an over 19,700% increase. During the same period, Coinbase’s trading volumes have only grown by around 6%. However, in May, during the crypto market peak, Coinbase trading volumes reached an all-time high of $19 billion.

Coingecko is not the only analytics platform depicting the growth of dYdX. L2beat, a platform that tracks data for layer two platforms, recently stated that the DEX ranked second in total market share. The platform stated placed dYdX’s total value locked at $478 million, a 20% growth in the past week.

Besides dYdX, other derivatives exchanges are also seeing an increase in demand. Wu also stated that FTX registrations for derivatives trading could be increasing because the “Chinese community is sharing its registration link.”

Over the years, dYdX has enjoyed support from other crypto firms. In September 2019, Coinbase invested 1 million USDC into the DEX in a USDC Bootstrap Fund. In June 2021, the DEX received $65 million in a Series C funding round spearheaded by Paradigm venture capital firm.

The rise in dYdX’s trading volumes comes at a time when China has renewed its crackdown against cryptocurrencies. On September 24, the People’s Bank of China published a new notice that reminded investors that crypto transactions were illegal and could not be used as an alternative to the country’s currency.

Following this renewed FUD, the demand for decentralized exchanges and other DeFi products has increased. Colin Wu, a major crypto influencer in China, tweeted, “A large number of Chinese users will flood into the DeFi world, and the number of users of MetaMask and dYdX will greatly increase.”

In June 2021, Huobi, a leading cryptocurrency exchange in China, banned domestic derivatives trading. On September 24, the exchange announced that it would no longer accept new registrations for Chinese users.

Looking to buy or trade Crypto now? Invest at eToro!