Dash Network ($DASH) is a Peer-to-Peer (P2P) network and digital currency that provides you with fast, cheap payments worldwide. Its main goal is to offer you a user-friendly experience and privacy equal to cash.

Transactions are made using the Proof-of-Work (PoW) and Proof-of-Service (PoS) consensus model, which is similar to Bitcoin (BTC) and Ethereum (ETH).

That was pivotal for the project to build a digital payments system with real use cases. That’s why you can shop with your $DASH at 150,000+ locations and online merchants for any goods you need.

The Dash Network has some undoubtful advantages: 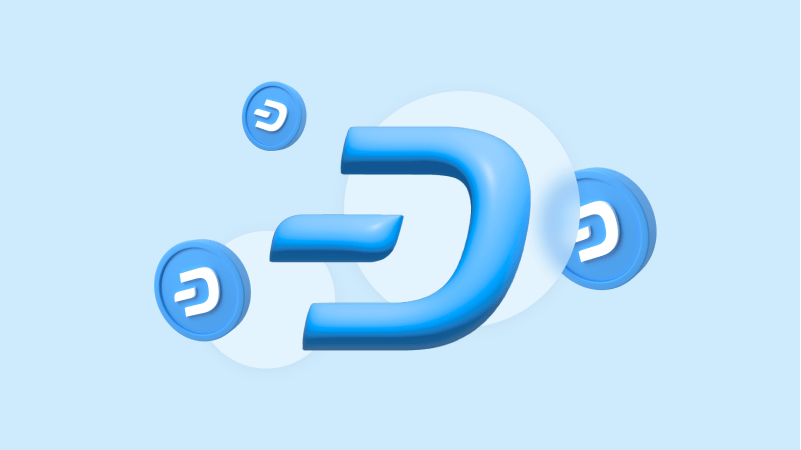 Evan Duffield, a software developer, launched Dash on January 18, 2014, and named it XCoin, which was changed to Darkcoin later. In 2015, it was renamed Dash, reflecting its aim of being “digital cash.”

Dash has a two-level system of the network, and it’s a unique innovation in the cryptocurrency world. That makes it possible to earn in the network both by mining digital currency but also on the masternodes. Masternodes are always online and have way more memory than usual nodes. They also process transactions for about several seconds. All this makes the network’s capacity relatively high.

How Does Dash Works?

The most unique aspect of Dash is its masternodes system. A masternode is a special server with a full copy of the Dash blockchain. Users with at least 1,000 Dash can operate masternodes that power several of Dash’s features.

These features include InstantSend, which allows for fully confirmed transactions within two seconds, and CoinJoin, a method of running a sequence of transactions and making them harder to trace. In exchange for running masternodes, users receive a portion of the block rewards from Dash mining.

While most merchants don’t accept any type of cryptocurrency, Dash has had some success in this area. It launched DashDirect, a retail savings app, on July 27, 2021. The app allows you to make purchases using Dash in more than 155,000 stores and 125 websites. It also includes discounts, with the discount amount depending on the retailer.

One final thing worth noting is how user-friendly Dash is. Its website clearly explains how Dash works and where you can buy it. This may seem minor, but it stands out compared to all the cryptocurrencies with overly complicated websites.

One of the most prominent organizations in the Dash network is the Dash Core Group (DCG) which is building a platform where developers can create dApps and websites. The DCG platform will create a space for developers and businesses to improve their integration and payment solutions using Dash to reach decentralized finance and commerce.

The DashDirect application is already used by about 155,000 retailers across the United States. The application uses Dash to buy gift cards in the precise transaction value at the point of sale that can be traded for goods such as food, travel tickets, and clothes, with transactions that settle almost instantly.

As DCG is still perfecting itself, we can expect Dash to attract more innovative developers since it finishes its platform.

A list of SocialFi Tokens that will probably Benefit from the upcoming $HOOK Listing on Binance on Dec 1 : altcoin

3 reasons why BNB price risks another 30% decline by January