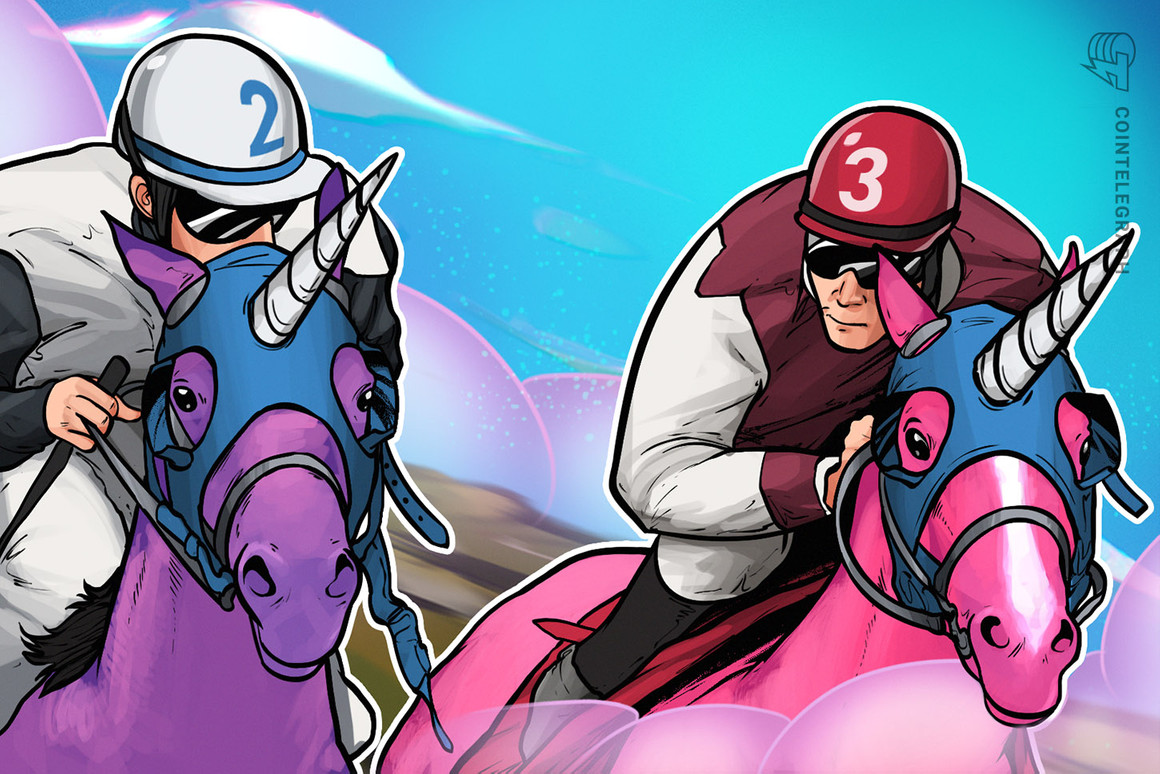 As one of the most eagerly anticipated rollouts of the decentralized finance (DeFi) sector, Uniswap v3 went live on May 5. The upgrade targeted greater capital efficiency and better flexibility for liquidity providers.

The concept of Uniswap v3 includes features such as concentrated liquidity — which allows liquidity providers (LPs) to allocate their capital in certain price ranges rather than distribute liquidity across the entire price curve — as well as multiple fee tier systems which help LPs to adjust to varying degrees of risk.

The launch of Uniswap v3 sparked discussions across the crypto community: While some people expected the new version of the largest decentralized exchange (DEX) to be a game-changer in the DeFi sector, others expressed skepticism over whether the “greater capital efficiency” policy would cater to a wider user base, or if would attract more affluent market makers only.

The numbers behind Uniswap

After Uniswap v3 surpassed v2 by trading volume in late May, it has kept its leadership position ever since. The trading volume on v3, however, has been fractionally higher than that of v2 for the past five weeks. There are no clear signs of an uptrend for Uniswap v3, though. The protocol saw wide fluctuations in swap volume in June, but its peak was lower than in May.

In terms of total value locked (TVL), v3 held roughly 22% of the total amount locked compared with its v2 counterpart at the time of analysis. The daily capital turnover ratio on Uniswap v2 across the period of study was 29% on average and 79% for v3. The difference in numbers seems to underscore greater efficiency on v3, as the capital is used more often and thus more efficiently.

Data by Covalent suggests there are nearly 46,000 total pairs on Uniswap v2, including unused pairs, while Uniswap v3 now only hosts 2,700 trading pairs. One would assume that the gap between the two versions should be narrowing, as more users migrate to v3, but the data reveals the inverse trend: V2 is still growing faster than v3 in terms of the pools created.

Download the 25th issue of Cointelegraph Consulting Bi-weekly Newsletter in full, complete with charts, market signals as well as news and overviews of fundraising events.

New pairs are being created on v2 at a rate of 180 pairs per day, while v3 only scores an average daily rate of 49 pairs. At least, v3 ramps up the number of trading pairs more rapidly than v2 did at the same age.

Additional data suggests there is no obvious relationship between TVL changes from v2 to v3. Some liquidity has certainly moved, but it was far from a mass exit from v2. Uniswap v2 has seen large TVL drops, like on May 19, when it lost $1.8 billion, but it was caused by the larger market drop, not the influence of v3.

Cointelegraph’s Market Insights Newsletter shares our knowledge on the fundamentals that move the digital asset market. With market intelligence from one of the industry’s leading analytics providers, Covalent, the newsletter dives into the latest data on social media sentiment, on-chain metrics and derivatives.

Fixing The Trust In Gaming LootBoxes