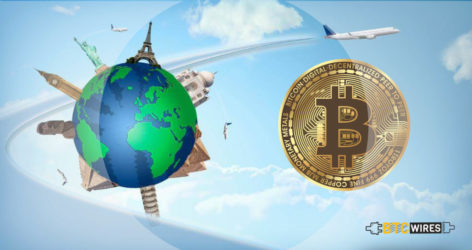 How can you benefit from paying with Bitcoin?

As virtual currencies came into existence to combat some of the initial drawbacks of fiat currencies, they hold some inherent advantages. It has been a decade since digital currencies are around, but the technology is continually changing. You can’t deny the fact that bitcoin ranks the highest among other cryptocurrencies. The reason being they come with a unique set of advantages that different payment methods cannot offer.

How is Bitcoin better?

Bitcoin is a decentralized cryptocurrency that works peer-to-peer. This digital unit of exchange came into existence in 2009. No one is sure about who is the person behind this successful cryptocurrency, but he introduced himself by the name Satoshi Nakamoto.

Bitcoin has grown to such importance that it even defines the cryptocurrency space. You can trade bitcoin through bitcoin-code.io; following the popularity, there has been the emergence of altcoins, but bitcoin still stands to be the trendsetter. It has given users an alternative to commodity currencies such as gold or silver coins and has the potential to replace official fiat currencies such as the US dollar or euro.

Why was there a need to introduce bitcoin if there were so many traditional means of payment already? Whenever there is a conflict between the public and the banks, people look for decentralized solutions. They wanted something that no central authority would control. Bitcoin specifically delivers it.

Bitcoin runs on blockchain technology. The payments are processed through peer-to-peer nodes. Every transaction is recorded in a “blockchain,” which is a public ledger available to everyone. The records remain transparent. As a distributed ledger, any need for a central authority to maintain the records is eliminated.

The government or central banks do not issue bitcoins. Bitcoins are “mined” by dedicated miners in return for rewards. In simple words, mining is a process of solving complex mathematical algorithms so that transactions can be verified and can be added to the blockchain. Another way is to purchase them with standard money through exchanges. They can be stored in a “bitcoin wallet” for further use.

What draws users to Bitcoin is the advantage of controlling their currency. With Bitcoin, people enjoy more autonomy over their own money than what fiat currencies allow. Users are allowed to spend and buy bitcoins without intermediary authorities like banks or the government.

The problem with centralized fiat currencies is that it has a single point of control. Any mal-handling at the top of the classification can severely affect the entire system. There is no single point of Bitcoin, making it nearly impossible to have a system breakdown. The network is spread over different nodes, making it efficient and democratic. This kind of decentralization is possible because of the blockchain technology bitcoin uses. Every user is provided with an opportunity to become a “miner,” processing the network.

No third party is involved in the transactions. No one has the power to tax, freeze, or claim your coins. Government has no right to seize your coins under any circumstances and also, there are very few chances of them getting stolen.

The privacy protection of blockchain is exceptionally intense. The system is designed to store all the records transactions and other relevant data publicly, but it will not reveal any individual or group’s identity. Every bitcoin user has been given a public key or numerical code, which is their identity. They sometimes prefer using pseudonyms, handles or usernames.

Users are also given the benefit of concealing the source and flow of transactions. Any bitcoin user can program their transactions by privately swapping a specific bitcoin unit for another identical company and thereby hiding the owner’s source. This is called mixing services.

Any kind of purchase with bitcoin will not be associated with personal identity, very similar to purchasing with cash. Tracing back to identities is not very easy. Moreover, the anonymous bitcoin address provided to the seller in the purchase process changes with every transaction.

Bitcoin works on a purely peer-to-peer system. Users have the freedom to send and receive payments from across the world instantly without exchange rates or permission from external authorities.

P2P processes are safer as they allow traders to conduct deals directly. No third party is involved who needs to hold your funds. Hence, there will be no possibility of them stealing or losing your money as the government cannot impose regulations but can privately conduct trades.

Although it is a standard practice among cryptocurrency exchanges to charge from users “maker” and “taker” fees and deposit, withdrawal fees occasionally, bitcoin users are not burdened with recurring banking fees. There is no compulsion of minimum balance or account maintenance fees. Imagine not having to give overdraft charges and returned deposit fees. It makes maintaining an account and conducting transactions very easy with bitcoin .

Foreign exchange or even wire transfers involve unnecessarily high fees. With bitcoins, you only have one form of currency, i.e. the coins that can be transacted with anyone worldwide—no intermediary institutions or government benefits in keeping the transaction fees very minimal. The transactions take only a few minutes or a maximum of an hour. The inconvenience of authorization requirements for foreign exchanges is sorted out with bitcoins.

It is not a hefty process; like any other online payment system, bitcoin users can buy and sell coins or buy products with coins from anywhere using their mobile phones. One needs to have access to the internet. Anyone who wants to purchase bitcoin does not have to travel to a bank or store. One can make online payments for a product from anywhere. Moreover, what makes bitcoin better than other online payments is that it doesn’t reveal any personal information.

As bitcoins are accessible to anyone with a Smartphone or computer and internet connection, many users who don’t have access to banking systems can benefit from this payment mode.

Inflation occurs when the government decides to issue more money to combat a specific economic problem. But in bitcoin mining, blockchain technology is designed to automatically curb down the number of bitcoins mined every four years so that the number doesn’t cross 21 million. There are no chances of inflation. Hence, an individual can preserve the coins without having to worry.

Opportunities Businesses have with bitcoin.

Smart contracts are agreements that are self-programmed and executed so that there is no need for a lawyer. Users use smart contracts to set specific rules on their bitcoins so that a transaction is only possible after completing the deliverables. It helps smooth, trusted transactions between two anonymous parties without any central authority or the legal system.

Bitcoin owns credibility as a stable currency. This attracts a lot of investors who expect to earn profit in the long run. Companies can raise money through bitcoin asset distribution in a secure environment without waiting for several processes carried out in banks. People see bitcoins as a form of asset that can back anything its worth.

With people enjoying the advantages of bitcoin as a new form of payment, there is an increasing necessity for virtual wallets that can keep the bitcoin secure. Wallets allow users to store, pay, and receive bitcoins. Wallets that can protect the entire bitcoin ecosystem is a great business opportunity.

Bitcoin is not termed as the only cryptocurrency that is trying to replace fiat currencies. But the success of it is what the altcoins dream of. The problem with altcoins or alternatives to bitcoin is that they have a lower acceptance level among significant institutions. Not everywhere, but there is only a limited number of outlets where altcoins are adopted.

Bitcoin has witnessed a dramatic surge in price in recent times. Bitcoin is becoming so popular because it is one of the most liquid investment assets. There are so many trading platforms, exchanges, and online brokerages established worldwide that work towards trading bitcoin for cash or other assets at a very considerable fee. Adding to that is its volatility, which makes it an excellent means for a quick profit.

Unlike stock trading, it doesn’t require you to hold a certificate or license. Even if you are a young trader, you can too enjoy the benefits. There is no need to invite a broker to trade shares. You can buy or sell bitcoins through exchange platforms and store them in your wallet.

It will not be surprising to see new opportunities around bitcoin and cryptocurrency trading as they are relatively new compared to traditional coins. The newness gives rise to unpredictable swings in price that may result in massive gains.