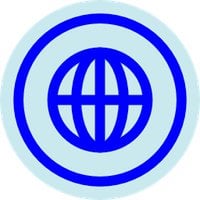 Big Data is becoming one of the most valuable assets in the world, being exploited by small oligopolies. While you, the USERS, the real data generators are being left out of the equation. GeoDB will reward any user around the world for the data they generate.

GeoDB is a peer-to-peer big data sharing ecosystem powered by blockchain technologies. An open data marketplace that creates bridges between current isolated participants and which aims to solve the existing inefficiencies of the huge big data industry.

At one end, users upload their data to the ecosystem. In exchange, the network rewards them for that generated data. Meanwhile, at the other end, data buyers access the data pool and purchase those datasets.

Users receive GEO tokens in exchange for their anonymous data, which can later be exchanged for FIAT money (GBP, EUR, USD…) through our partner's market platforms in a normal trading activity or, once we launch our full network capabilities, use it to acquire goods and services, all directly in the same app in which they receive the tokens.

ODIN is the governance token of GeoDB and both are massively undervalued. These two tokens owned by a company called GeoDB are set to explode soon with the launch of ODIN mainnet in the next few months. They also have partnerships with $chainlink and $ocean which is amazing for a start up company!!

Solana extends rally with another new high — Why is SOL price up by 70% in one week?