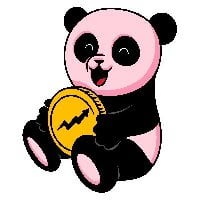 As part of the PinkPanda community, I have witnessed how PinkPanda’s vision and progress have grown bigger and bolder over time and I have been part of some impressive milestones, including a functional iOS and Google App version 2.4:

PinkPanda appreciates every Panda in its community and believes transparency is critical to our success. They recently issued a forward-looking statement, and want to expand on that as well as to give additional updates.

For the DEX, they have been looking long and hard at how to best roll out the design, including reviews with their Technical Advisor, and they intend to give details in the next few weeks. Specifically, they will be having a much more phased/MVP (Minimum Viable Product) approach that targets specific functionality and integrates with the mobile application. This will likely result in a number of “releases” rather than one beta launch. I can’t wait to see this happen!

PinkPanda is significantly increasing focus on developing and integrating a fully-featured Wallet into the application. This integration will allow a number of very positive features that will precede the DEX. An elegant and functional wallet will allow the mobile app to already stand apart from the competition in less than 3 months. Amazing!

Pinkpanda is also beginning development on a custom overlay for Pancake Swap that will allow us, users, to begin using the application for directly swapping inside the application. That’s so cool!

PinkPanda community marketing is ramping up marketing around its app update and upcoming exciting news. Keep a watchful eye for YouTube and Twitter influencers beating the PinkPanda drum!

Crypto.com’s CRO is in trouble, but a 50% price rebound is in play