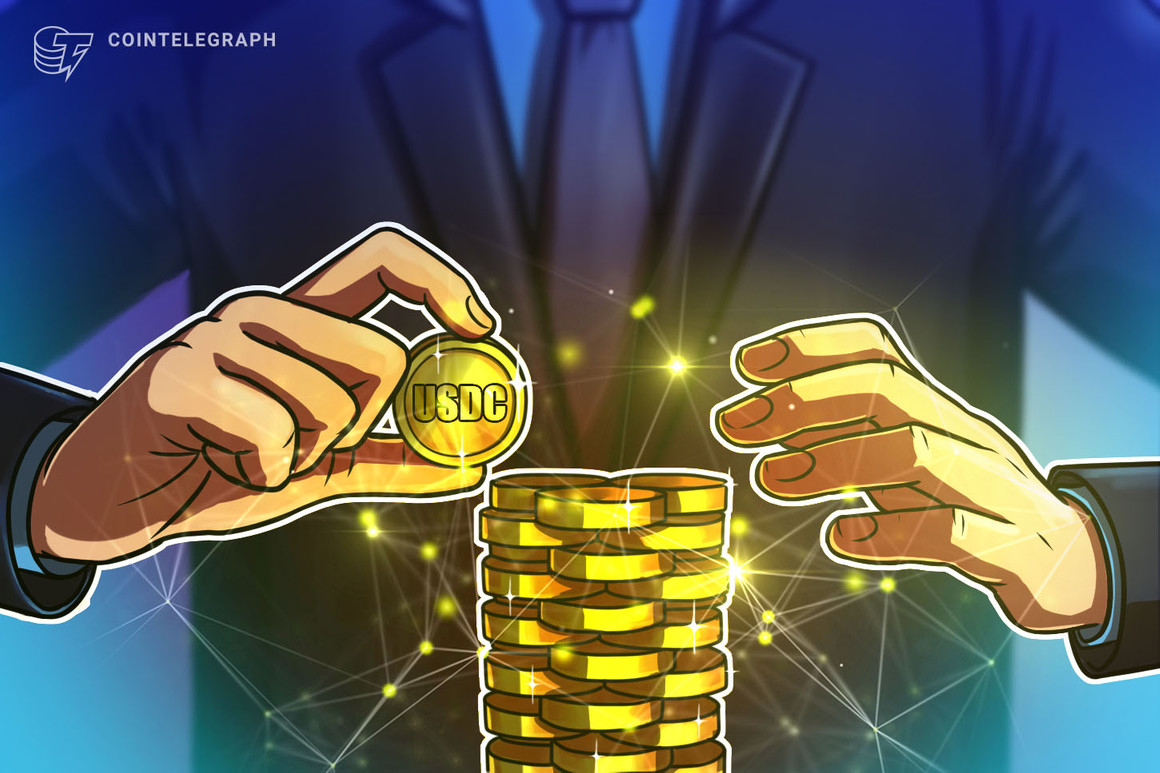 The firm officially announced on Friday the adoption of the USD Coin (USDC) on its platform as a payment acceptance, processing and settlement method.

Coinbase, a major cryptocurrency exchange in the United States, will be one of the crypto liquidity providers for Bank Circle, the announcement notes.

The USDC adoption by Banking Circle is positioned as a “key step in democratizing global finance” as it provides significant “reconciliation, speed and cost advantages,” the firm said.

Mishal Ruparel, head of virtual asset services at Banking Circle, told Cointelegraph that the USDC integration is the bank’s first move into the digital asset market. “Some of our clients have been serving the crypto space for the past year or two, and we want to support their growth,” he added.

Banking Circle has chosen USDC as their first proposition because it has the “biggest relevance to our clients at this point,” Ruparel noted. “We will be adding other USD pegged stablecoins and those for other currencies in the future,” he said, adding that the firm is targeting a limited number of asset-backed stablecoins in Q3 2022.

“This will allow a lot of companies who sell goods, services, or creative content online the ability to sell, collect funds, and receive their earnings almost anywhere. It also removes a lot of the friction and time needed to transfer internationally.”

Banking Circle was launched in 2016 with a mission to help payments businesses reach new global markets, avoiding the process burdens of traditional banking. Headquartered in Luxembourg, operates as a credit institution under the regulations of the Luxembourg Commission for the Financial Sector.

The firm also offers services in other European countries such as the United Kingdom, operating under limited supervision of the U.K. Financial Conduct Authority.

Related: Circle’s USDC on track to topple Tether USDT as the top stablecoin in 2022

USDC is the world’s second-largest stablecoin by market capitalization, following only Tether (USDT). The USDC stablecoin was launched in 2018 as a joint project between the Coinbase crypto exchange and Circle, a U.S.-based blockchain payment firm founded by Jeremy Allaire and Sean Neville in October 2013.

What are some 1000+ ranked coins that have a great underlying platform? : altcoin