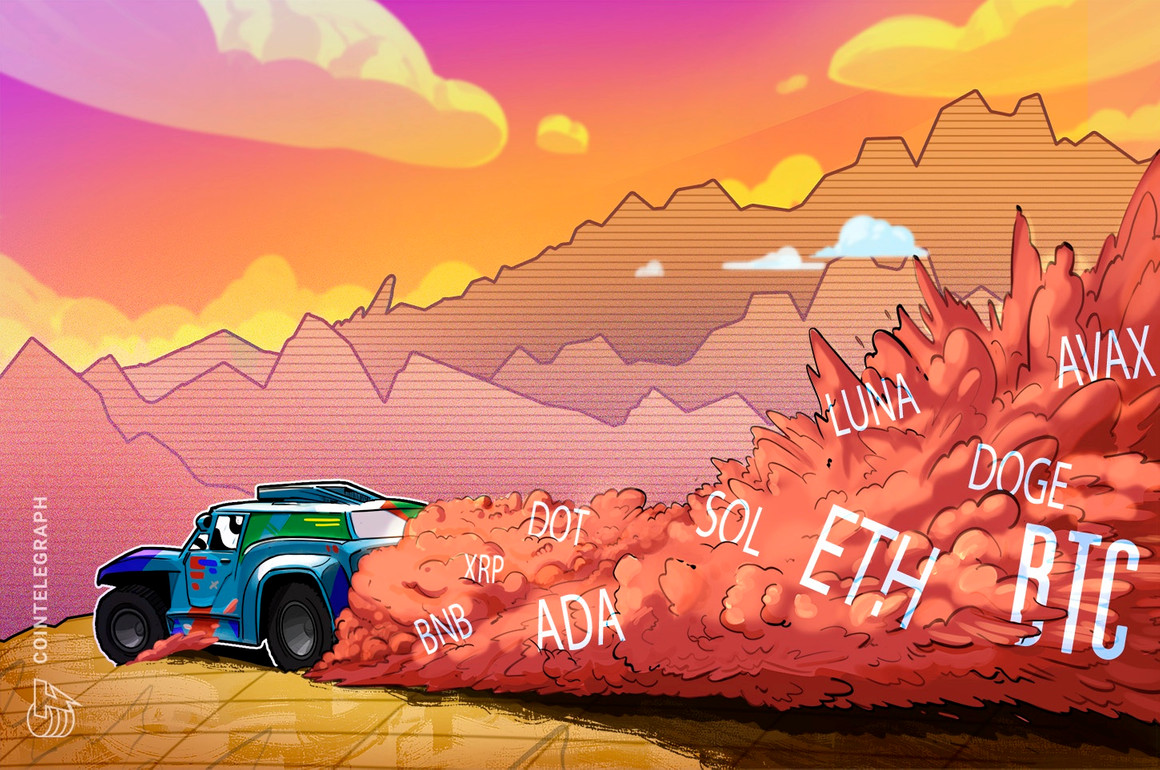 The crypto market’s recovery was rocked on Sept. 24 after news that China’s government is adopting a new set of measures that includes stronger inter-departmental coordination to “cut off payment channels, dispose of relevant websites and mobile applications” to crack down on illegal cryptocurrency transactions efficiently.

Although the news has caused a selloff, long-term investors are unlikely to be perturbed because, apart from announcing additional measures to enforce the existing ban effectively, there is nothing else that has changed.

China first announced a ban on cryptocurrencies back in September 2017 and that news had also resulted in a sharp correction in Bitcoin (BTC) price. However, that dip proved to be a good buying opportunity because the price recovered within a few weeks and went on to hit a new all-time high close to $20,000 in less than three months.

Is the current correction in Bitcoin and most major altcoins a good buying opportunity or could the crypto markets tumble further? Let’s analyze the charts of the top-10 cryptocurrencies to find out.

Bitcoin bounced off the 100-day simple moving average ($40,874) and rose above the neckline of the head and shoulders pattern on Sept. 22. That showed strong demand at lower levels but the recovery could not clear the hurdle at the 20-day exponential moving average ($45,596).

The downsloping 20-day EMA and the relative strength index (RSI) in the negative zone indicate that bears have the upper hand. If bears sink and sustain the price below the 100-day SMA, the BTC/USDT pair could decline to $37,332.70.

This level may act as a strong support but if it cracks, the next stop could be at the pattern target at $32,423.05.

Contrary to this assumption, if the price turns up from the current level or the 100-day SMA, the bulls will again try to drive the pair above the moving averages. A close above the 50-day SMA ($46,816) will suggest that the correction may be over.

However, the recovery stalled at $3,174.50 on Sept. 23 and the bears are attempting to establish their supremacy. The downsloping 20-day EMA ($3,255) and the RSI below 41 indicate that bears are in command.

If the index breaks and closes below the 100-day SMA, the ETH/USDT pair could witness aggressive selling. The pair could then drop towards the pattern target at $1,972.12. This negative view will invalidate if bulls drive and sustain the price above the moving averages.

Cardano’s (ADA) strong rebound off the $1.94 level hit a roadblock at the 20-day EMA ($2.36). This suggests that sentiment remains negative and traders are selling on rallies to the 20-day EMA.

Alternatively, if the price rises from the current level or rebounds off $1.94, the bulls will again attempt to clear the overhead hurdle. A break and close above the 20-day EMA will be the first sign that the correction may be over. The pair could then rally to $2.60 and then $2.80.

Binance Coin’s (BNB) rebound off the strong support at $340 turned down from $385.30 today, indicating strong selling by traders at higher levels.

The downsloping 20-day EMA ($402) and the RSI below 37 indicate that bears are in control. If the $340 support cracks, the selling could intensify and the BNB/USDT pair could extend its decline to $300 and then to $250.

Contrary to this assumption, if the price rebounds off the current level, the bulls will make one more attempt to push the price above the moving averages. A break and close above $433 will signal that the correction may have ended.

XRP bounced off the 100-day SMA ($0.87) on Sept. 22 but the bulls could not extend the recovery. The altcoin formed a Doji candlestick pattern on Sept. 23, indicating indecision among the bulls and the bears.

The uncertainty resolved to the downside today as bears have pulled the price down to the 100-day SMA. If this support gives way, the selling could pick up momentum and the XRP/USDT pair could slide to $0. 70.

This level may act as a strong support but if bears sink the price below it, the next stop could be $0.50. This negative view will be negated if the price rebounds off the 100-day SMA and rises above the $1.07 to $1.13 resistance zone.

Solana (SOL) bounced and rose above the 20-day EMA ($145) on Sept. 22 but the bulls could not push the price above the downtrend line. This suggests that bears are selling on rallies.

The bears have pulled the price back below the 20-day EMA today and the SOL/USDT pair could now drop to the 50-day SMA ($108). This level is likely to act as a strong support.

If the price rebounds off it, the bulls will again try to thrust and sustain the price above the downtrend line. If they can pull it off, the pair could rise to $170 and then to $200.

Conversely, if the 50-day SMA cracks, the pair could witness panic selling and the price could then drop to the 78.6% Fibonacci retracement level at $98.26.

Contrary to this assumption, if the price rebounds off the current level or the neckline, the bulls will make one more attempt to resume the up-move. A break and close above $33.60 could open the doors for a retest at $38.77.

The bulls pushed Dogecoin (DOGE) above $0.21 on Sept. 22 but the recovery failed to attract buyers at higher levels. After forming an inside-day candlestick pattern on Sept. 23, the price has dropped below $0.21 today.

The downsloping 20-day EMA ($0.23) and the RSI near 36 suggest that sellers have the upper hand. If bears sink the price below the $0.19 support, the DOGE/USDT pair could extend its decline to the critical support at $0.15.

This level has held on three previous occasions, hence the bulls will again try to defend it. On the other hand, if bears sink the price below $0.15, the selling may intensify and the pair could plummet to $0.10.

Avalanche (AVAX) rebounded off the 20-day EMA ($60.15) on Sept. 21 and rose to a new all-time high on Sept. 23. However, the bulls could not thrust the price above the resistance line of the ascending channel, which may have resulted in profit-booking by short-term traders.

The AVAX/USDT pair has turned down today and the first stop could be the support line of the channel. A strong rebound off this support will indicate that the uptrend remains intact and traders are accumulating on dips. The pair could then rise to $94.

On the other hand, a break and close below the channel will be the first sign that the bulls may be losing their grip. If bears pull the price below the 20-day EMA, the pair could plummet to $48 and then to the 50-day SMA ($43.06).

The bulls successfully defended the retest of the breakout level in Terra protocol’s LUNA token on Sept. 21. This suggested that sentiment remained positive and traders viewed the dips as a buying opportunity.

The buyers pushed the price above the 20-day EMA ($33.06) on Sept. 22 and followed that up with another up-move on Sept. 23. Although the 20-day EMA has started to turn up, the RSI is showing a negative divergence, indicating that the bullish momentum may be weakening.

If bears pull and sustain the price below the 20-day EMA, the LUNA/USDT pair could again drop to the critical support at $22.40. This is an important level to watch out for because if it cracks, the selling could intensify and the pair may drop to $18.

On the upside, if bulls drive the price above $40, the pair could retest the all-time high at $45.01. A breakout and close above this level could signal the resumption of the uptrend.