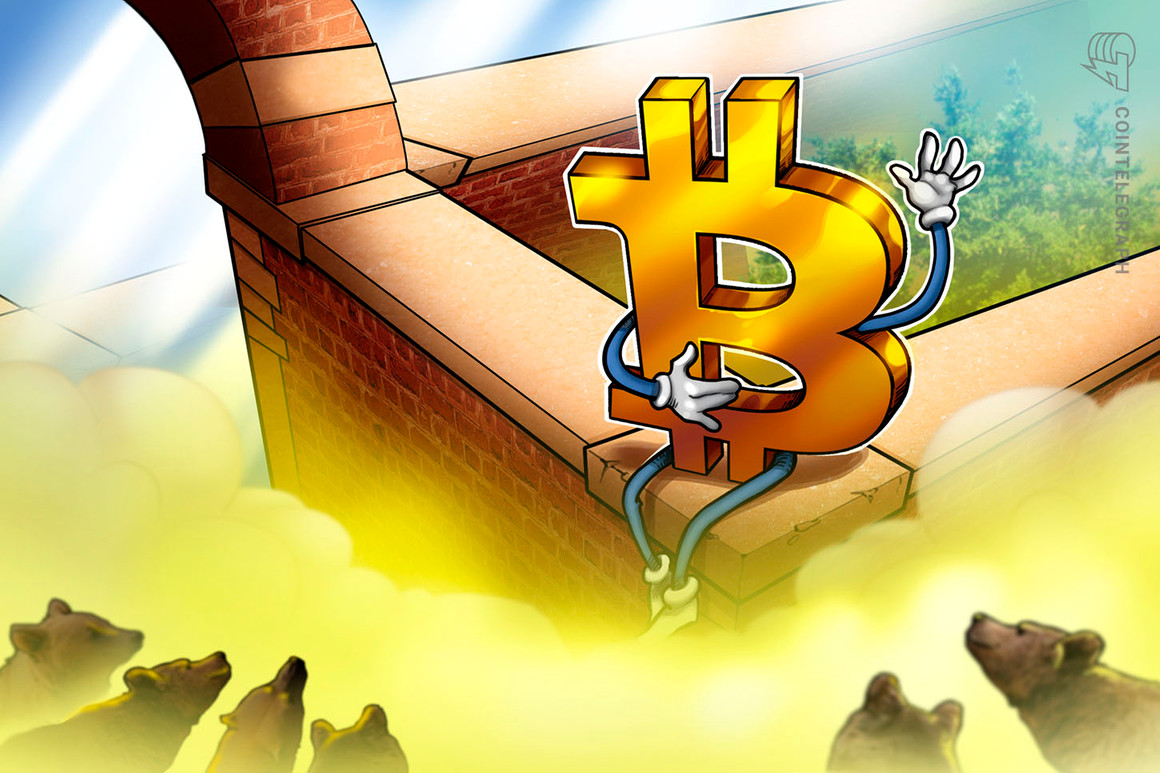 Bitcoin’s (BTC) price looks poised to retest $30,000 as traders continued to pull back from upside bets on a spell of a bearish technical pattern.

Dubbed as a Symmetrical Triangle, the structure forms when an asset fluctuates between two converging trendlines.

In doing so, the asset rebounds after testing the Triangle’s lower trendline as support and pulls back upon treating the upper trendline as resistance. Eventually, it breaks out of the range, in the direction of its previous trend, and falls by as much as the maximum distance between Triangle’s upper and lower trendline.

Bitcoin was trending inside a similar Triangle-like consolidation pattern until it ultimately broke below the structure’s lower trendline. As a result, the flagship cryptocurrency’s probability of shifting its downside target near $30,000 increased. That is partly because the structure’s maximum height was shy of $2,550, and subtracting it from the point of breakout (~$33,878) lands the price objective near $31,308.

The bearish setup also surfaced as Bitcoin tested $32,334 as its interim support in Thursday’s early London session. A minor bounce ensued that took the price above $32,600. However, the rebound lacked additional upside conviction owing to a bearish divergence between prices and volumes, suggesting that Bitcoin might resume its trend to the downside.

Peter Brandt, chief executive of Factor LLC — a global trading firm — also suggested a decline toward $30,000, albeit using a different indicator. The veteran trader spotted BTC/USD exchange rates inside a rectangular pattern, a price block that has lately been keeping Bitcoin in a medium-term bias conflict.

The price traded midway through the rectangle upon pulling back from its upper trendline resistance. Such a move typically prompts the spot BTC/USD rate to fall toward the lowest rectangle support level, which coincided with $30,000.

The primary among them was the minutes from the Federal Reserve’s gathering that came out Wednesday around 14:30 EST. As expected, the United States central bank officials suggested that they might end up pulling back their support of the economy sooner than they had expected.

“Various participants mentioned that they expected the conditions for beginning to reduce the pace of asset purchases to be met somewhat earlier than they had anticipated at previous meetings in light of incoming data,” the minutes read.

The cryptocurrency surged from as low as $3,858 in March 2020 to as high as $65,000 in mid-April 2021 as the Fed slashed its benchmark lending rates to near zero, thus affecting the U.S. dollar’s purchasing power, and started buying government bonds and mortgage-backed securities at the rate of $120 billion per month, pushing down yields.

For clarity, central banks’ asset purchase programs cause inflationary pressures, for they expect to monetize a part of the government’s deficit spending. Such purchases tend to inflate prices of equities and fixed-income investments. Coupled with cheaper lending, the loose monetary programs increase fiat liquidity in the system, boosting Bitcoin’s “superior store of value” narrative against an unlimited dollar supply.

As a result, investors started shifting to riskier safe-haven assets, including Bitcoin, to seek better returns. But as soon as the fears of the Fed’s tapering grew over markets, Bitcoin started declining. On Wednesday, Bitcoin’s move lower from above $35,000 came right after the central bank’s minutes went public.

“Cryptocurrencies and crypto assets with strong store of value dynamics, such as Bitcoin, will excel in this environment.”