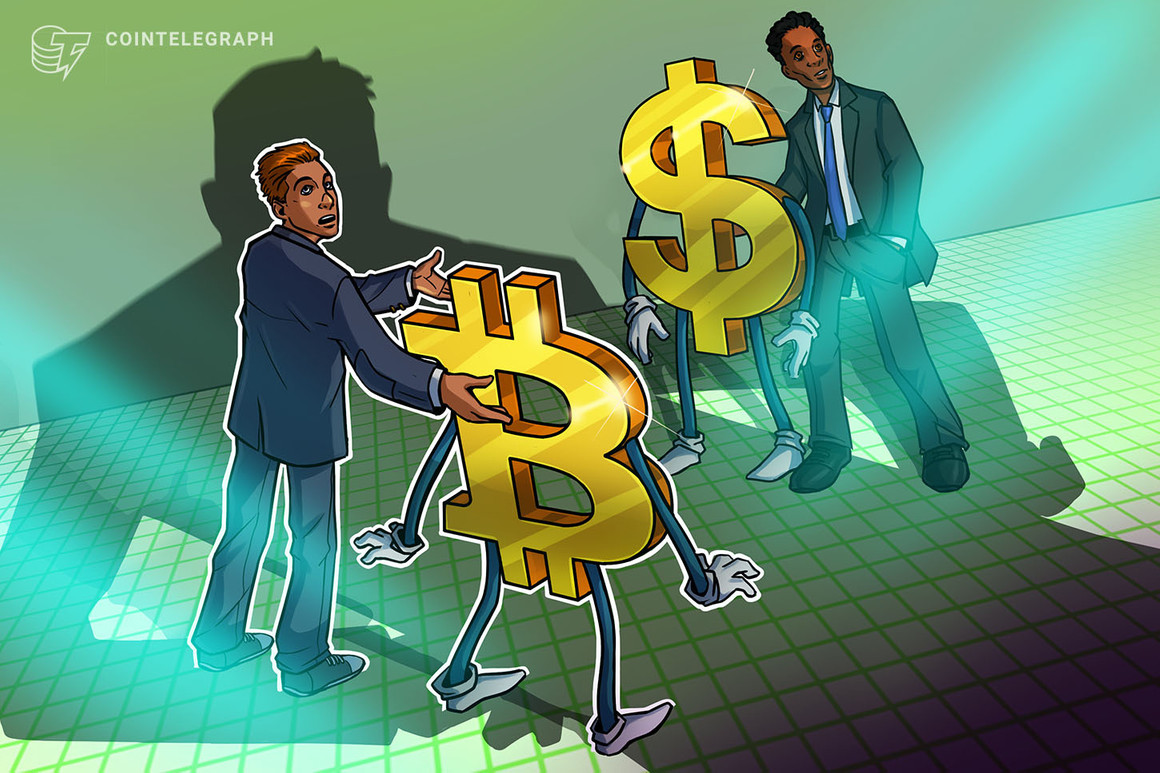 Bitcoin (BTC) found a new focus at just under $20,000 on July 14 as United States dollar strength hammered out yet another two-decade high.

Data from Cointelegraph Markets Pro and TradingView showed BTC/USD rebounding from lows sparked by a fresh 40-year high for U.S. inflation as per the Consumer Price Index (CPI).

After briefly dipping under $19,000, the pair took a flight above $20,000 before consolidating immediately below that psychologically significant level.

For on-chain analytics resource Material Indicators, it was now “do or die” for BTC price action when it came to a key rising trendline in place since mid-June.

On the day, that trendline stood at around $19,600, with BTC/USD now preserving it as support.

Significant gains meanwhile looked less likely for crypto markets thanks to the day once more being ruled by the U.S. dollar.

After tanking following the CPI print, the U.S. dollar index (DXY) returned with a vengeance to post its highest levels since 2002 — a phenomenon that had characterized much of the year.

Beyond the short-term negative impact for Bitcoin and risk assets, USD strength was also bad news for other major world currencies, with the Japanese yen particularly in focus for BTC commentators.

“Yen getting battered again today. Bank of Japan frozen in place, waiting for Fed reversal. Until then, they will continue to destroy their currency because they have no other option” popular Twitter account Stack Hodler argued on the day:

“BoJ + Yen is a glimpse into the future for ECB + Euro. Are you seeing why Bitcoin matters yet?”

As Cointelegraph reported, some believe that the Fed will likewise have no choice but to halt inflation-busting interest rate hikes toward the end of 2022.

“In response to today’s CPI print which showed broad-based and accelerating inflation, short-term FF futures moved upward implying peak FF of 3.68% by 12/22 with the @federalreserve immediately thereafter cutting rates to reach 2.9% by 1/24,” investor and hedge fund manager Bill Ackman wrote in part of a Twitter thread in reaction to the CPI data:

“Implicitly the market expects a more aggressive Fed will push us into recession by year end and then cut rates in response.”

Little belief in an altcoin rebirth

Turning to altcoins, flat progress over the past 24 hours was no reason to assume prices could not drop more, one analyst warned.

Related: How Bitcoin’s strong correlation to stocks could trigger a drop to $8,000

In fresh updates on the day, Il Capo of Crypto predicted bearish moves for at least two tokens in the top ten cryptocurrencies by market cap.

Ether (ETH), for example, was threatening a return to a three-figure price tag.

Cardano (ADA) faced an even worse situation after fall through support, which had been tested six times in as many weeks.

Data from research firm Santiment nonetheless shed light on the potential for a possible rebound of an altcoin, which had “dropped harder than most” this year.

#Cardano‘s price is down 69% in 2022, and this has caused social sentiment toward the #8 market cap asset to drop harder than most. The last time the crowd was this negative in Jan, $ADA rebounded +24% in 5 days until sentiment turned positive again. https://t.co/4BLpLNDraG pic.twitter.com/mJgnhtpB1V