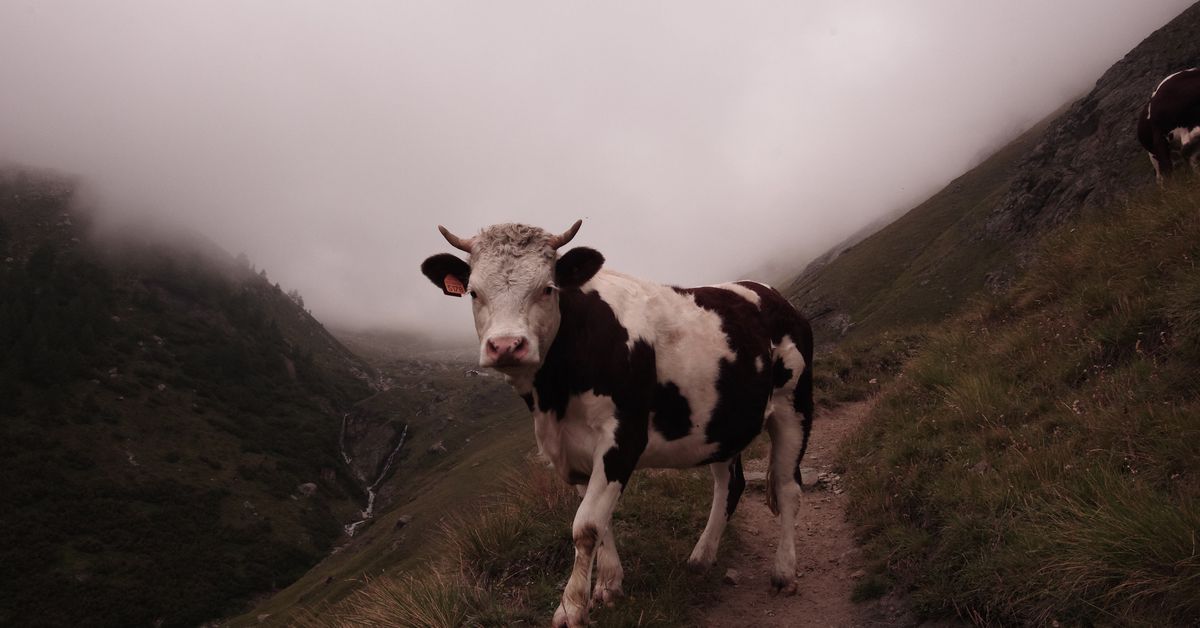 Bitcoin is pushing higher despite classic risk-off action in traditional markets. The cryptocurrency’s resilience has raised investors’ hopes for a stellar rally in October.

As of 11:16 UTC, the cryptocurrency was trading 8% higher on the day near $47,400. The broader crypto market is also positive, with native cryptocurrencies of smart-contract blockchains like VeChain, Tezos and Elrond gaining more than 8%. Ethereum’s ether currency traded 7% higher at $3,245.

S&P 500 E-mini futures, meantime, are nursing a loss, indicating a lower opening for the benchmark stock index. The dollar index, which tracks the value of the greenback against major fiat currencies, is trading just short of the 12-month high of 94.50 reached Thursday.

The sentiment in the crypto community appears quite bullish, with several analysts and traders referring to October as “Uptober” on Twitter – a newly coined slang, representing expectations for a price rally this month.

After all, October is a seasonally bullish period, and bitcoin’s recent stability amid stock market losses and China’s blanket ban on virtual currency businesses is reminiscent of the cryptocurrency’s resilience in the face of the negative news seen just before the beginning of the bull run from $10,000 in September and October 2020.

A year ago, bitcoin remained locked in the range of $10,000 to $11,000 throughout September and early October despite a notable pullback in the S&P 500. The cryptocurrency absorbed multiple negative news like exchange hacks and the U.S. Commodity Futures Trading Commission’s charges against the then major crypto exchange BitMEX. What followed was a stellar six-month bull run to $64,800. 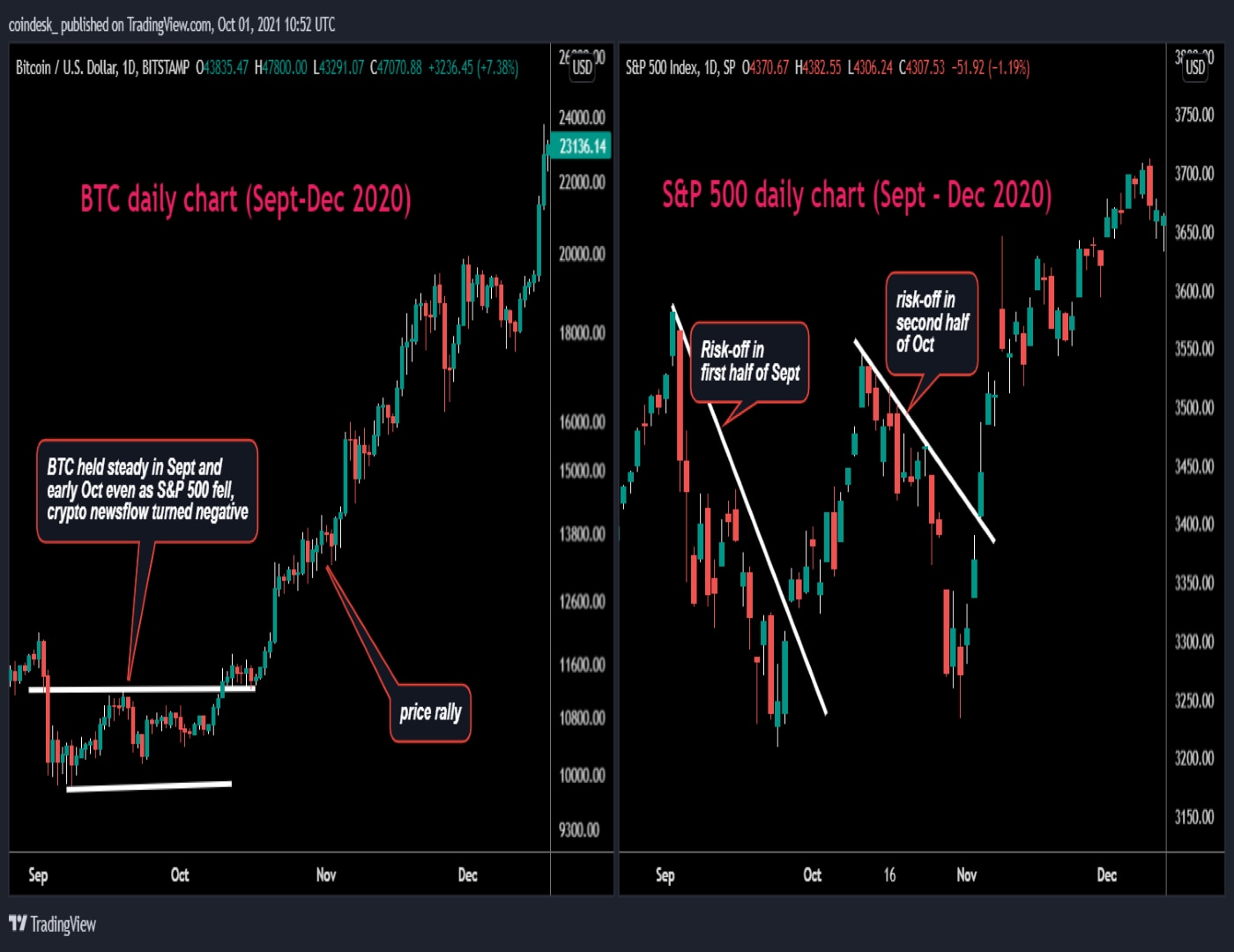 It remains to be seen if history will repeat itself. While rising inflation expectations across the globe and falling real or inflation-adjusted bond yields are supportive of a renewed bull run, the Fed’s impending taper – or scaling back – of stimulus may slow down the ascent.

Last month, the U.S. central bank signaled that the taper would begin in the final quarter and might end by mid-2022, assuming there are no new economic shocks.

Fears of a faster Fed taper may grip markets, bringing pain for asset prices, in general, if the U.S. core personal consumption expenditure data due at 12:30 UTC today blows past expectations.

According to CNBC, the Fed’s preferred gauge of inflation could show moderation in August after rising 3.6% year on year in both June and July. Analysts at TD Securities foresee an unchanged reading.

“The core PCE price index appears to have risen more than the core CPI in August (an estimated 0.26% versus 0.10%), boosted by data from the PPI. The YoY change likely remained high at 3.6%,” TD Securities’ analysts said, according to FXStreet.

Fixing The Trust In Gaming LootBoxes