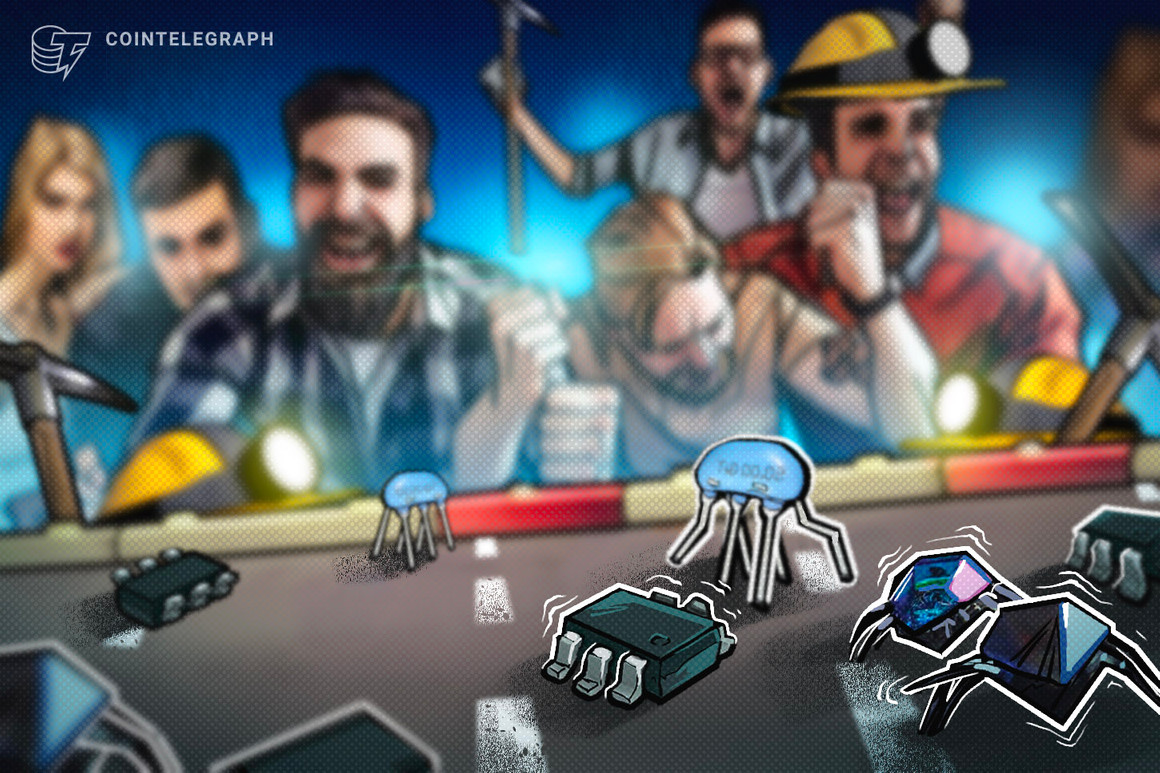 Over the last couple of years, the world has been grappling with the lack of semiconductors, which are the substances that conduct electricity between metals and isolates. The most famous semiconductor is silicon.

If correlating this concept to electronic devices, then the key semiconductors are processors and other microcircuits that are present in almost all devices that people use every day, from smartphones to cars.

In 2021, semiconductors hit a world record in terms of sales. Electronics production also boomed, with hundreds of millions of complex semiconductors being devoured by gaming consoles. The number of GPUs produced grew to unseen levels, with major manufacturers like Nvidia seeing all-time highs in terms of production.

Despite all this, electronics prices skyrocketed and manufacturers of related goods were struggling to find semiconductors.

It has become customary to not only mention but to blame cryptocurrency miners for the global shortage of GPU cards and semiconductors. To their credit, miners would buy up huge swaths of graphics processing units, sometimes emptying whole stores at once.

Some countries that are feeling the shortage of cards acutely are already fighting against cryptocurrency mining.

At the same time, the manufacturers, themselves, do not take such a definite position. AMD CEO Lisa Su said in June 2021 that miners are far from guilty for the lack and even complete absence of certain GPU cards. She said that their influence on the market is generally minimal and does not exceed 5%–10% of the total demand.

“GPUs are still in high demand to power Ethereum and other altcoin mining. Nvidia’s published estimate for the percentage of traditional GPUs going to miners is in the single digits, but the true figure is likely higher than that — somewhere around 20%.”

Another important factor behind the shortage of GPU cards is the COVID-19 pandemic. The supply chain showed that due to the many employees who began to work at home, the number of buyers increased so much that graphics processors — a crucial component in home computers — simply disappeared from sale.

However, the situation with miners’ appetite for GPU cards began to change noticeably at the beginning of this year.

Firstly, the change is due to Ethereum (ETH) switching to the proof-of-stake (PoS) protocol, which is slated to take place in the summer of 2022.

Currently, the Ethereum blockchain is maintained by miners solving cryptographic puzzles and subsequently receiving a reward, the value of which is calculated according to the hash rate of each individual GPU.

This is called proof-of-work (PoW). As soon as Ethereum switches to the new protocol, miners will no longer be needed as crypto holders will validate block transactions based on the number of tokens they stake.

Since GPU cards will no longer be needed for Ether mining, once Ethereum 2.0 goes into effect, the demand for them will reduce drastically.

This shift in demand is already very noticeable. In the first two months of 2022, Nvidia’s GPU card sales are down by 75% compared to 2021 as large mining companies that used to purchase such cards have stopped buying. This also means that Nvidia will be forced to redirect GPU cards to the gaming sector and cut prices.

There are other reasons for the price decrease. Since April of this year, the United States has reduced import tariffs on the supply of goods from China by 25%. America is one of the main players in the GPU market, where companies such as Nvidia, AMD and Intel operate, so the tariff cuts have led to lower prices for GPU cards.

Buyers’ interest in the cards is also declining against the backdrop of a gradual return of people to offices after two years of remote work and the need to have a modern computer at home to comfortably perform work duties.

“Dedicated mining cards are also a larger part of the picture now,” said Long, “These are cards without video output that are solely for data processing. We first saw these in 2017 with the launch of dedicated Pascal architecture cards such as the P106 and P104. Now the Nvidia CMP range explicitly targets the miners — with some dedicated high-end SKUs only available to those willing to place orders in the tens of millions of dollars. The shortage in dedicated gaming cards is as much to do with simple supply and demand for the core purpose of gaming — and also “HPC” type applications where people use gaming cards for rendering and AI tasks.”

The deficit is not over

The solution to the problem of the shortage of GPU cards sounds simple: Producers need to make more cards to meet the demand. However, in practice, this is not the case. One of the problems is the supply of silicon wafers, which are used to produce the chips. In 2019, the demand for wafers was rather low, but in 2020, after the whole world went into quarantine, the demand for computers, tablets, TVs and other equipment that requires chips rose sharply. The demand for wafers has increased so much that Sumco Corp, the second-largest manufacturer of wafers, said that its production is booked until 2026.

However, the production of processors, GPU cards and memory cards requires more than just silicon wafers. After the start of war actions in Ukraine, world manufacturers of semiconductors faced a shortage of neon, which is necessary for the operation of the laser systems used to create the chips. The problem is that the two Russian companies, Ingas and Krion, produce 45%–54% of the world’s supply of neon-containing gas mixtures. How global manufacturers will look for a way out of this situation is not yet clear.

In March 2022, some experts believed that the semiconductor shortage could end in 2023. In particular, the head of Micron Technology, one of the biggest producers of computer memory and computer data storage, believes that starting this year, manufacturers will be able to build up a significant stock of chips as well as arrange supplies. In 2023, there will be no such problems and global companies will largely be able to reach the level of production that they had before the pandemic.

But the situation in Ukraine can stop this recovery and redouble the deficit of chips, forcing the price to rise with renewed vigor. Recently, Intel has claimed that it has stockpiled and continues to monitor supply disruptions while trying to find alternative sources of neon. Samsung stated that some factories may face shortages, the Dutch ASML, which produces scanners for printing chips that are used by TSMC and Samsung, didn’t hide their concerns and said that over the next two years, producers could face a shortage of major machinery equipment.

So what will happen to semiconductors in the nearest future, and therefore to equipment? The GPU market could likely recover from the COVID-19 pandemic and the declining demand from miners, but global events are once again putting manufacturers to the test with the lack of components for the production of equipment. Of course, it is worth believing that the business will find the raw materials and build new supply chains, but no one can predict how soon this can happen. In any case, the shortage of semiconductors seems to continue, and GPU card prices will go up again, but in this case, the miners will have had nothing to do with it.

FTX website comes back online with message advising against deposits