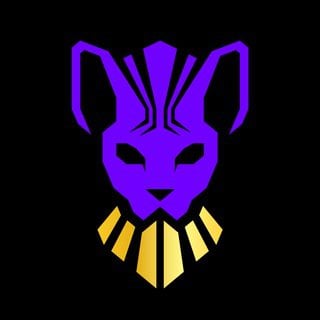 One of the most popular decentralized exchanges on the Binance Smart Chain, BurgerSwap, has decided to expand its ecosystem and present to users a fascinating project that combines all the trends of 2021 — the metaverse, DeFi, and NFTs. This direction is called MetaFi and seems to be the next stage in the development of the industry.

BurgerCities is a metaverse integrated with DeFi and NFTs. As in other metaverses known to users, players will be able to get into virtual reality, in which they can communicate with each other using avatars, travel, participate in battles, complete game quests, and much more. BurgerCities also disposes of a play-to-earn model, thanks to which users who complete quests, combat monsters, and so on can earn tokens and NFTs for their in-game achievements.

But what distinguishes BurgerCities from many existing projects? The participants of the metaverse receive rewards not only in the course of play-to-earn but also via many other economic models. Moreover, users will be able to participate in engaging gameplay as well as use DeFi and NFT services. Players can attend NFT exhibitions and trade NFTs on a peer-to-peer basis. Moreover, trading and staking tools are available to users.

Users who want to enter BurgerCities will need BurgerCities NFT heroes, in other words, avatars that will become a visual representation of players in the virtual world. At the moment, the developers hold many events through which you can get The First BC Residents IDENTITY Group and Burger Cities NFT skin. For more information, please navigate to the official Discord of the project.

According to the developers, each NFT Hero is a unique character with its own attributes that can be upgraded during in-game actions.

With the help of their NFT Heroes, users can participate in interactive gameplay, perform everyday tasks and quests and just enjoy the game. In addition, players will be able to participate in battles that have now become more strategic, thanks to a wide range of skills and class combinations. In the future, the developers plan to introduce PVP and PVE gameplay. Trading is also available to users, within which they can swap tokens, in-game exchange resources, and trade NFTs.

Black Market is a trading interface where users can exchange any tokens almost instantly and with minimal fees. Black Market operates according to the aggregate trading model. Simply put, the platform compares the exchange rates of partner DEXs and CEXs and provides users with the most favorable offer. At the moment, BurgerCities collaborates with leading DEXs, such as PancakeSwap, MDEX, Biswap, Apeswap, BakerySwap, and so on. In addition, the project team recently announced a partnership with the DeFi liquidity protocol iZUMi, which allowed users to provide even more liquidity and competitive exchange rates.

Energy Plant is a section where users can become liquidity providers. You just need to choose two tokens and deposit them into the pool. For example, BURGER and BNB. After that, you will receive a BURGER token displaying your share in the pool. The number of BURGERs grows over time and can be redeemed anytime.

Central Bank is a single-asset double mining aggregator with which users can increase income from single-coin mining. At the time of writing, 4142371.58 USDT has already been locked in the protocol, while 5564562.99 USDT has been distributed among users. A wide selection of tokens is available to users. For example, the most profitable is BNB. By adding BNB to the protocol, users can earn up to 8.00% APY. The reward is paid in USDT stablecoin.

Currently, the BurgerCitites metaverse is still developing, and only key plot scenarios are available to users. In the future, the developers plan to introduce PVP and PVE gameplay. Trading is also available to users, within which they can swap tokens, in-game exchange resources, and trade NFTs.

BurgerCities is rapidly developing and entering into partnerships with notable projects. For example, DEGO Theater is available to game users in collaboration with DeFi + NFT DEGO protocol. The protocol creates a diversified product portfolio that includes liquidity mining, NFT auctions, NFT Minting, NFT trading, and more. BurgerCities has partnered with Treasureland, a cross-chain NFT platform with mining, trading, and other NFT-related services. In addition, StarryNift, a gaming platform and one-stop shop offering the creation, incubation, auction, and trade of NFT collectibles, has also settled in BurgerCities.

The concept of MetaFi is revolutionary and fascinating, so a project combining DeFi, NFTs, and the metaverse has a considerable chance of success. And given the vast number of partnerships with well-known companies, BurgerCities is probably one of the most potentially explosive projects in 2022.

Why Moonpot is your best Moonshot — new DeFi project developed by Beefy, winners of Binance’s Most Valuable Builder award, with a token (POTS) that gives holders a share of revenue, plus free entry to a monthly prize draw worth around $725k : altcoin