The entire crypto market is in red as the Bitcoin trades below $22k.

After the premier cryptocurrency Bitcoin broke above $24k on July 20th, there was a brief sense of calm in the market. As always, Bitcoin took almost all the altcoins upwards with it. But since then the Bitcoin has lost its value by 6%. As the average price has remained $22.6k in the meantime.

As a consequence of Bitcoin’s recent downturn, the total crypto market cap has shrieked down to $1.01 trillion, down 2.94% in the past 24-hours. Notably, crypto’s total market cap had reached $1.07, the highest level since June 13th, trillion on July 20th.

Currently trading at $0.347, Ripple’s native, XRP is down 4.86% over the week. Being tied to Bitcoin, like all the other altcoins, XRP had reached the high of $0.381 on July 20th. Later, as the Bitcoin moved downwards, XRP moved in the same direction as well. Almost identical to Bitcoin, XRP has lost its value by 6.8% since July 20th. 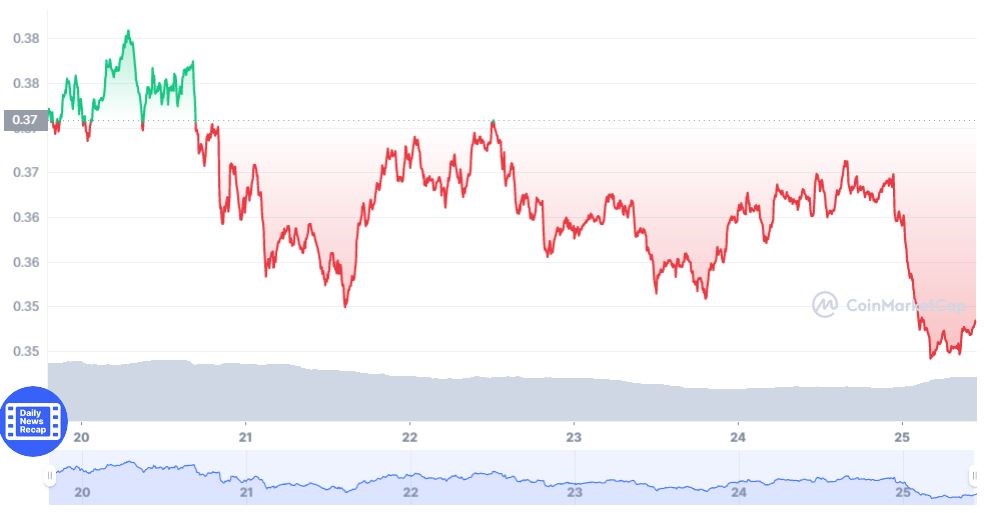 At the current price level, the XRP is trading below 4-hours 55-simple moving average. While the XRP’s RSI is below 50, the coin is gaining momentum in the bearish zone. However, XRP faces a strong resistance at $0.36.

Ripple Releases Prototype Version of xPoP, the Software that will Enable Users to make Payments without Internet, Using XRPL